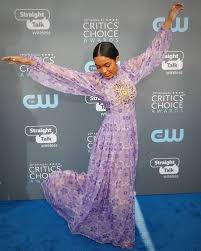 Many think of January 1st as New Year’s Day, but if you’re like me it means the start of awards season. Every other weekend brings yet another red carpet. This has been a very difficult year for Hollywood in the wake of the Weinstein scandal, but it did give rise to the #MeToo and #TimesUp movements encouraging and empowering all women and men to stop the culture of sexual assault and harassment, especially in the workplace.

As the season ends on Oscar Sunday, let’s look back at the highlights of this year’s red carpet.

The Oscars are on Sunday at 8pm ET on ABC, but they will have red carpet coverage starting at 6:30pm ET.